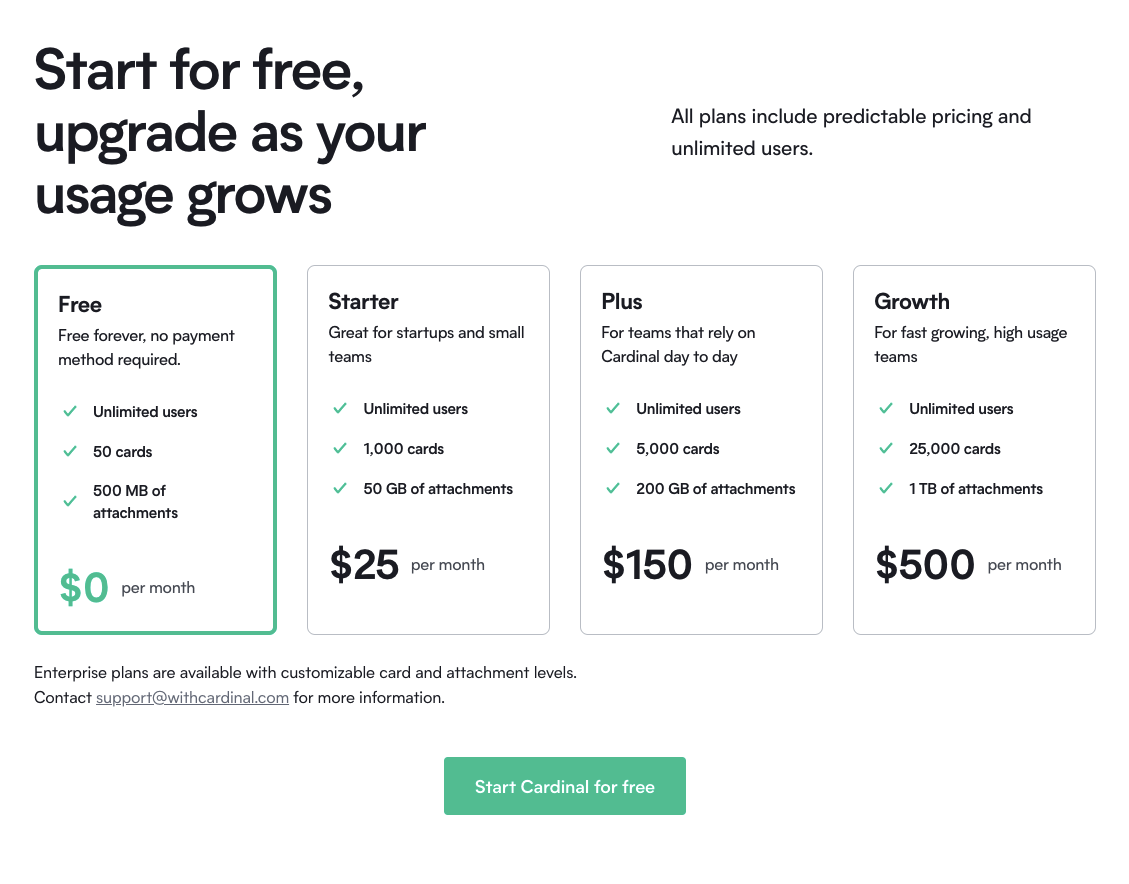 This week we're releasing updated prices. It's been a big project that we've been working on for a long time, and we're excited to be able to share it with everyone. If you want to skip the philosophy behind why we're making the change and just see the updated prices, check out our new Pricing.

Back in February when we made Cardinal public and shared it with the world, we used what we thought was the most common and reasonable pricing model for a service like ours - we simply gave it per-user pricing. But even then we felt slightly uncomfortable with just doing what basically everyone else does.

Per User Pricing is Complex

As we talked to early customers and especially with people who weren't big fans of the pricing model, we realized quickly that teams are exhausted with per user pricing. It has a ton of rough edges for teams, since it requires that they incur a good bit of complexity each time a new team member joins a team. Multiply that complexity by dozens of apps used by a team, and things get especially difficult to manage.

Bringing more complexity to per user pricing, it's somewhat unfair to price each person on a team the same, despite different levels of benefits of the software. Some team members may live in an app, but some only have an account to look at something every once in a while. Those low usage accounts bring yet more complexity, because each team has to decide who gets access to what.

Third, different teams see different overall levels of utility with different apps. Some may live in Cardinal and communicate internally with discussions and documents. Others only use it for a few custom card types that let them track very specific data flexibly. We felt that teams that use the app less should pay less, and thought this new pricing model really helps on that front.

Our solution to the complexity of the per user pricing we saw was to move to a usage based pricing model. We've got 4 defined tiers of pricing that should fit almost any team, and then can of course build a custom plan for any company with unique needs. The pricing tiers are all based on the number of cards and attachments a team stores. 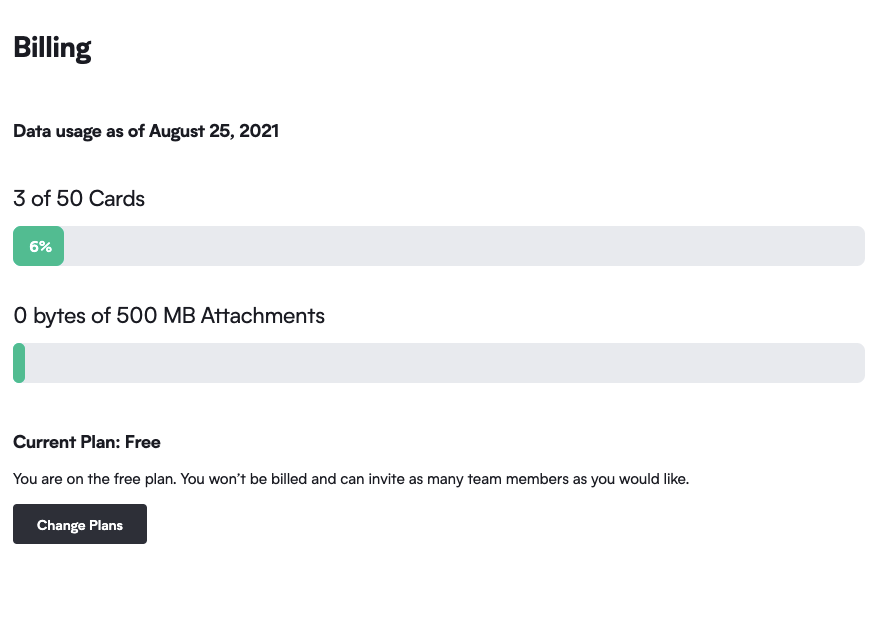 The updated pricing model features a free tier that, based on our experience, should give teams plenty of storage to get their feet wet and figure out if they'd like to use Cardinal. We've ended trials in favor of letting teams try the software within the free tier for as long as they need. And if a team never exceeds the limits of the free tier, no big deal!

We hope you agree that our new pricing model reduces complexity and makes it easier for teams to pay for Cardinal based on how they use it. Please don't hesitate to reach out to us at support@withcardinal.com if you have any questions or need more information.